Patent Law in Japan and India

The patent law in Japan has provisions similar to the patent law in India as discussed here for patent filing. The aim is to understand a comparison of the Indian Patent Law with the Patent Laws in the Asia Pacific Regions, specifically Japan. The patent office of Japan or the JPO is well known worldwide for establishing best practices and procedures for effective patent registration process. In May 2020, the Patent Prosecution Highway (PPH) program for better patent cooperation between Japan and Taiwan has been made permanently effective.

Before filing a patent in India and Japan, patent applicants need to review the conditions or the criteria of patentability. In essence, subject matter eligible for patent grant and conditions of patentability in Japan include the invention that are highly advanced creations of technical ideas by which a law of nature is utilized which is granted by the Japanese Patent Law Regulator, i.e., the Japan Patent Office (IPO), whereas in India new product or process involving an inventive step and capable of novelty and industrial application can be patented which is granted by the Indian Patent Law Regulators, i.e., The Patent Office or the Intellectual Property Appellate Board (IPAB).

Japan has implemented the first-to-file system, i.e. the regulation that where two parties apply for a patent for the identical invention, the first party to file will be granted the patent. An application document submitted to the Japan Patent Office will be verified to see whether it fulfills the necessary procedural and formal requirements. The JPO will publish the particulars of an application in the Official Gazette after Eighteen months have gone from the date of filing.

In Japan, the Japan Patent Act amended in 2014 made it possible to file an opposition to a patent included in the Official Gazette published on or after the date of enforcement of the Act.

Therefore, when a third party desires to oppose a patent, it is essential to file a notice of opposition within six months from the date when the Japanese patent was published on the Patent Gazette. There is no remedy, for the opponent, for missing the six months deadline.

In India, once the complete specification of the patent applicant is published, an opposition to that patent can be made via two stage, fist pre-grant opposition and second post-grant opposition. Pre-Grant Opposition can be made by ANY PERSON within a period of three months from the date of publication of complete specification or before the grant of patent whichever is later and Post Grant Opposition can only be made by ANY PERSON INTERESTED before the expiry of one year from the date of grant of patent.

In Japan, there are no precedents where a compulsory license was granted for the import or export of medical drugs. The Japanese Patent Act does not unambiguously authorize any party, even the government, to take advantage of a patented invention without a license, whereas, in India the Indian Patent Act, 1970 allows any interested person after expiry of 3 years from the date of grant of patent, may make an application to the Controller for grant of compulsory license.

Working of Patents in India

Patent law in India mandates each patentee and licensee of the patent to submit each year, information about the coverage to which the patented invention has been worked on a commercial scale in India. This information is to be put forward in accordance with Form-27. Many faults however, have been observed in the format of the Form-27. Patentee who fails to abide with this requirement is legally responsible for penalty. Requirement for reporting of working of patents is not prescribed in Japanese Patent Law.

The Intellectual Property (IP) High Court was established on 1 April 2005, in order to accelerate and reduce the costs of patent litigation in Japan. The IP High Court hears appeals from district courts in Japan on patent actions and suits against appeal/trial decisions made by the Japan Patent Office (JPO). 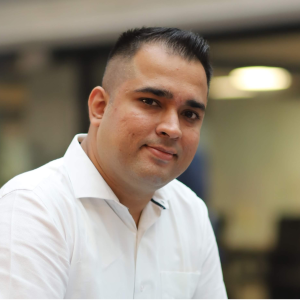 Patent process also includes creating a prototype to validate an invention or an idea for determining patentable claims.

How do Utility Tokens Increase in Value

After launch of tokens, the value of utility token increases with increasing popularity of the token-based business.

How to File a Patent for a New Machine Product

A global patent protects innovative features of a new machine or a new product by process claims and product claims.

Cryptocurrency based innovations include blockchain and smart contracts related aspects that form part of patent claims.